Kleine Zalze is our family-owned winery situated in the heart of the Cape Winelands, just two miles from Stellenbosch. Winemaking has taken place on our estate on a small scale since 1695 but it was in 1996, when Kobus Basson and his family purchased the property, that the modern Kleine Zalze was born.

Our philosophy is simple: success begins in the vineyards. Exceptional wines are made possible by selecting varieties and clones specifically suited to the various soils and slopes, and further careful management of the farm’s extensive natural assets.

This continuous attention to detail culminated in Kleine Zalze achieving new heights in 2020 and being named Top Performing Winery of the Year by Platter’s South African wine guide, arguably the most comprehensive guide to South African wine in the world. 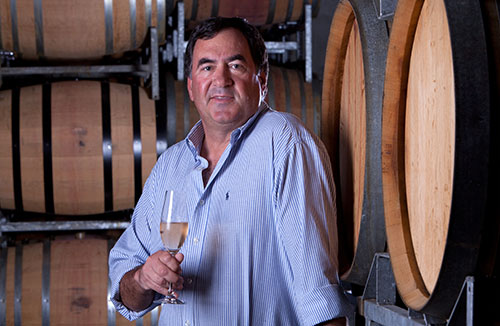 “There is a clear and consistent vision at Kleine Zalze, a golden thread across all our wines. What is of such importance to us is that our range of quality wines can be shared and enjoyed by the entire market of wine-lovers – no matter the budget or style preference.”

A census done in 1692, shows that Nicolaas Cleef had been settled on a farm known as de Groote Zalze, just outside Stellenbosch on the banks of the Blaauwklippen river since 1683.  Cleef was born in Grosszalze, Germany and married Barbara Lefevre, a Huguenot refugee of Fleurbaix, Belgium in 1684.  By 1692, they had a family with a daughter and a son and had planted 7 000 vines on de Groote Zalze. In 1695, Simon van der Stel granted Cleef ownership (freehold title) of the 57 morgen of land that he had cleared and cultivated for 12 years.

Today, 18 morgen of this grant is within the boundaries of the subdivided section known as Kleine Zalze, adjoining another section taken from a subsequent (1818) grant to de Groote Zalze’s owners.

Nicolaas Cleef died in 1708 and his widow Barbara and their children Anna Catherina and Jochem, continued farming. Anna Catherina married Hans Jacob Conterman, whose family name was Grundermann (until his arrival in the Cape in 1796).  Conterman, arrived at the Cape as a soldier but was soon freed from his obligations and registered as a burger. 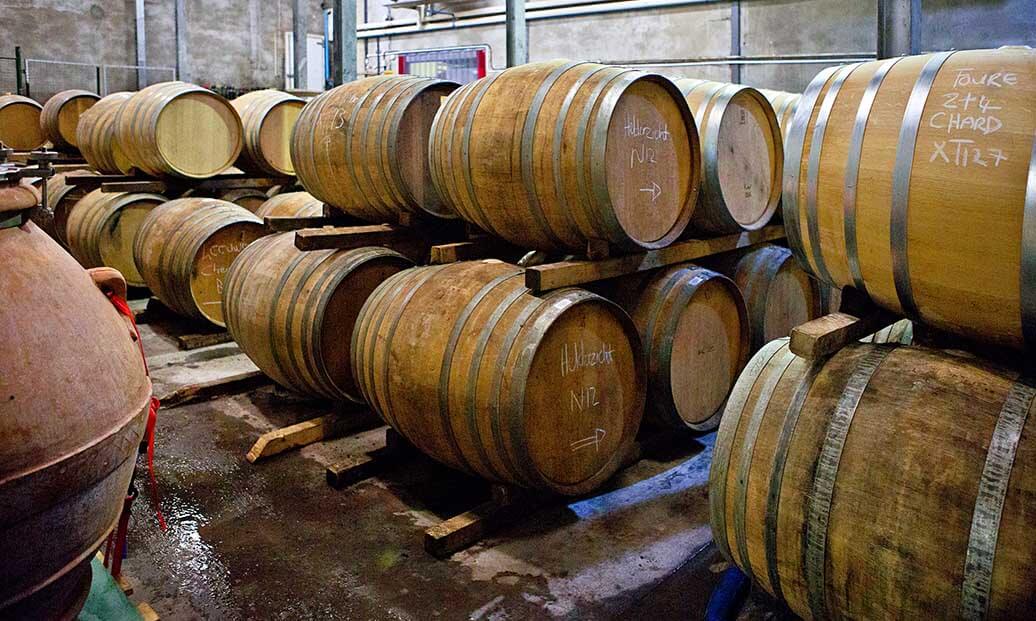 In 1809, Krige sold de Groote Zalze to Andries Francois du Toit, great-grandson of Francois du Toit, Huguenot refugee. In 1818, Andries du Toit, received a grant of 250 morgen of land adjoining de Groote Zalze from the new British administration.  The larger property, totaling 307 morgen was subdivided between Andries’s great-grandchildren. Through ups and downs of family fortunes and a multitude of male descendants, the Du Toit family was to hold onto de Groote Zalze for 166 years before Gilbeys Distillers and Vintners purchased two portions of the land and consolidated it into what is today known as Kleine Zalze.

In 1996 the Basson family bought Kleine Zalze and improved and developed the property whilst establishing a premium Stellenbosch wine brand. Since 1996 the family also acquired the rest of the land, once known as de Groote Zalze.

Subscribe to our newsletter for Kleine Zalze news, offers, competitions and more!